2019 International Festival of Jewish Music, with a special Chanukah message from Jonathan Bernis in Warsaw, Poland

Once the home of a vibrant and thriving Jewish community, the country’s 1,000-year Jewish history was all but erased by the evils of Hitler and his Nazi regime. Millions died, and among the few who survived, many hid their Jewish identity to escape past trauma and avoid future persecution. For decades, Jewish life was but a remnant of a rich past, an echo in the empty spaces left by the Holocaust.

Today, Poland is experiencing a revival of Jewish life and culture. The country is in the process of reclaiming all aspects of its Jewish heritage. With the rise in popularity of DNA tests, Polish Christians in both the Catholic and Protestant churches are discovering that they have a Jewish parent or grandparent. And throughout Poland’s major cities, there is a growing fascination with all things Jewish ‒ food, music, history and art. People are celebrating Jewish culture as an integral part of Polish cultural identity.

In 2019, as Chanukah and Christmas converged, our team put on a world class holiday show in Poland that celebrated the shared history of the Jewish people and Poland. For perhaps the first time in history, thousands of unbelievers came together and heard the Gospel presented in a Jewish context by a Jewish Believer in Jesus. Through this event, Polish people also listened to a powerful message about God’s plan for the people of Israel.

Many, many seeds were planted, and the local Messianic congregation doing follow-up there hosted an online Passover Seder (due to COVID-19, it was online) that 5,000 people attended. Please pray for their ongoing ministry in Poland and that the Festival continues to bear fruit in Polish lives. 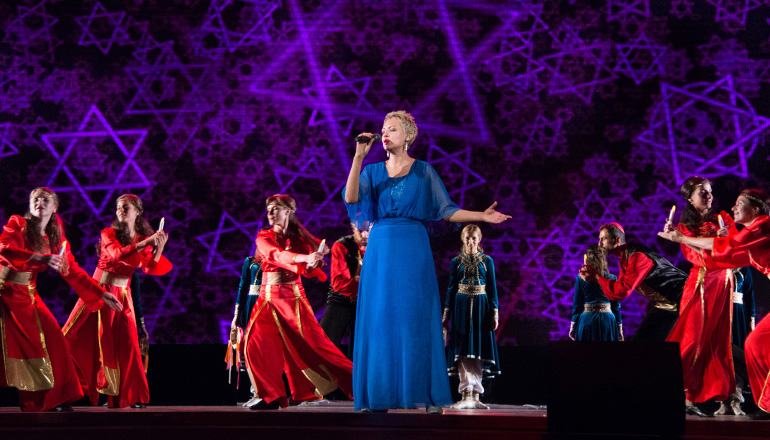 Thank you for your interest in the 2019 Poland Festival Outreach. For more information, call our Global Outreach Team at 602.288.5755