The Bible uses the word Israel in different ways. In Genesis, Israel is a person, Jacob, whose name the Lord changed to Israel after he wrestled and prevailed with the Lord all night. He is the son of Isaac and grandson of Abraham. In Egypt and the wilderness, Israel refers to the large population of Jacob’s descendants. Though they had no traditional leader or government, when they moved into the Promised Land, surrounding kingdoms also called them Israel as if they were a nation.

Later, God granted Israel’s request for a king, and this distinct people group became a kingdom. When that kingdom eventually divided, the word Israel referred only to the 10 Northern Tribes while the two Southern Tribes were called the Kingdom of Judah. In the era of kings, God often spoke to the people about “the land” of Israel.

So then, is Israel a land, a country or a people? Israel is all three, and the name is used interchangeably for these distinct meanings.

God called Abraham to leave his country for a land the Lord would show him. Abraham followed, and God promised to make his descendants as numerous as the stars in the sky and sand of the seas. Later, the Lord reaffirmed this covenant to both Isaac and Jacob, saying He would give them a particular area of land for their descendants (Genesis 17:8, 26:3 – 4, 28:10 – 15).

Eretz Israel, the Land of Israel as it’s called in Hebrew, refers to this inheritance given by God to the Jewish people as a homeland forever (Genesis 17:8, Psalm 105:8 – 14).

“The whole land of Canaan, where you now reside as a foreigner, I will give as an everlasting possession to you and your descendants after you; and I will be their God.”
— Genesis 17:8 NIV

It would be more than 400 years before the Lord ushered Israel’s descendants to possess this land gift. The borders, as God revealed them to Moses, are much larger than the Israel we know today (Numbers 34:1–12). God also emphasized that the land was His to give and still belonged to Him (Leviticus 25:23).

“The land must not be sold permanently, because the land is Mine and you reside in My land as foreigners and strangers.”
— Leviticus 25:23 NIV

The State of Israel refers to the modern country that formally declared independence as a sovereign government on May 14, 1948. The prophet Isaiah foretold of Israel’s overnight rebirth:

“Who has ever heard of such things? Who has ever seen things like this? Can a country be born in a day or a nation be brought forth in a moment? Yet no sooner is Zion in labor than she gives birth to her children.”
— Isaiah 66:8 NIV

Today’s Israel is neither a theocracy, as when Adonai was the people’s only ruler, nor a monarchy governed by kings. The modern State of Israel is the only democracy in the Middle East. Technically, Israel is a parliamentary democracy. The government has executive, legislative and judiciary branches and is run by a Prime Minister and the Knesset, the parliament-style legislative body.

The term “State” was important to Israel’s 1948 founders. Though also called a nation-state, Israel does not go by the name “Nation of Israel,” a term that carries a much broader and biblical meaning than “State.” God promised to make Abraham “a great nation” (Genesis 12:2), a descriptor that transcends not only the State of Israel’s borders but also the boundaries of time.

The “Nation of Israel” is the people – the descendants of Abraham, Isaac and Jacob – and is composed of every Jewish person scattered throughout the Earth today as well as all generations before us.

“I will make you into a great nation, and I will bless you; I will make your name great, and you will be a blessing.”
— Genesis 12:3 NIV

Scripture confirms that Israel refers to not only the land or government but the Jewish people. King Solomon prayed to the Lord,

“Then hear from heaven and forgive the sin of Your people Israel and bring them back to the land You gave to them and their ancestors.”
— 2 Chronicles 6:25 NIV

Who are the people of Israel? What determines who is Jewish? That depends on who you ask.

The Bible traces ancestry through the father, but as centuries of oppression and violence against Jewish people – women, in particular – ancestry was more clearly established through the mother’s lineage. Today, rabbinic Judaism defines a person as Jewish if their mother is Jewish. By this understanding, there are approximately 15 million Jewish people in the world today.

However, the definition of Jewish is different when it comes to Israel’s “Law of Return” – the granting of Jews and descendants of Jews the right to immigrate to Israel with certain benefits. The State of Israel was founded in the aftermath of the Holocaust, from which masses of Jewish people, either liberated from hiding or concentration camps, emerged homeless. Israel was created as a homeland for Jewish people anywhere in the world to become citizens. The Law of Return uses the same definition to offer a new life in the Jewish State that Hitler used to assign Jewish people to death. If you have a Jewish parent or grandparent, the Law of Return considers you Jewish. Under this definition, the worldwide Jewish population expands to about 22.5 million. When you add in the “Lost Tribes of Israel,” who remain outside mainstream Jewish population counts, the number rises by an estimated 250,000 Jewish people worldwide.

Who is Israel? Israel is a land given by God, the Chosen People He gave it to, and the political entity reborn to govern their homeland.

Learn more about the multi-faceted definition of “Israel” in these episodes of A Jew and A Gentile Discuss podcast: 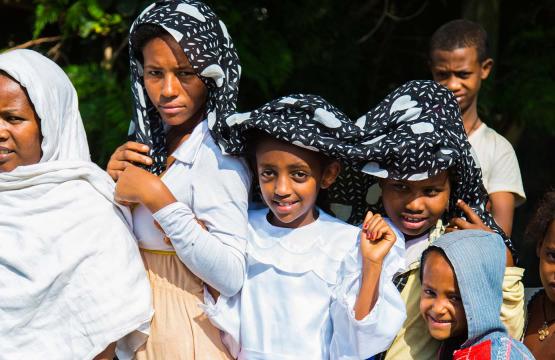 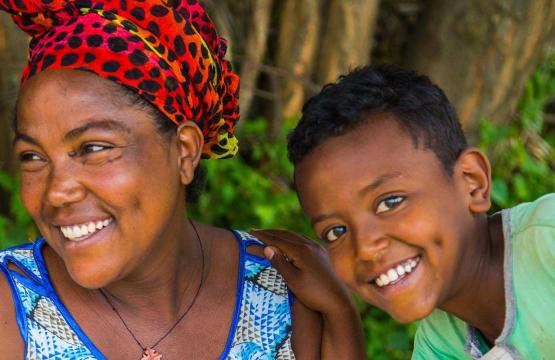