Without Chanukah, there would be no Christmas story . . . 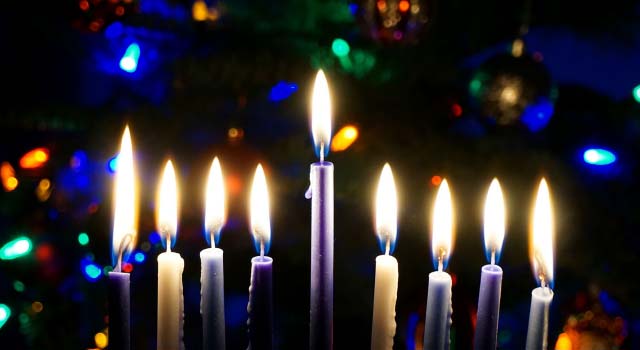 I believe the miracle of the Chanukah season has never been more important . . .

It’s the miracle of a single night’s supply of oil that burned for eight days so the temple in Jerusalem could be rededicated more than 2,000 years ago. God had preserved His people from complete destruction as the Greco-Syrian Emperor,
Antiochus IV, choked the Jewish people with an iron grip.

In his zeal for total control, Antiochus sought to obliterate the religious liberty of God’s people — prohibiting the study of the Torah, religious rites, kosher dietary laws, Sabbath observance and the practice of Judaism itself.

But God heard the cries of His people. And raising up Judah Maccabee and a small number of Jewish warriors in 167 B.C., Antiochus and his violent oppression were cast aside. Jerusalem was recaptured, and the temple was rededicated to God.

The message of the miracle is clear: God will find a way. Using His people, God will bring to pass His purposes in the world.

In such turbulent times, in times of what can feel like utter darkness — God’s will can never be thwarted.

That’s what the Jewish people will celebrate during the eight days of Chanukah this year, between November 28 and December 6.

God preserved His people because He had chosen them for a glorious purpose that was yet to be fulfilled!

Almost 200 years after that first Chanukah miracle, all the glory and power of God was sent to earth, wrapped in blankets and laid in a manger.

The Messiah, Jesus, was miraculously born to ultimately purchase the salvation of humankind, proclaiming the Gospel message of the Kingdom “to the Jew first, and also to the Gentile.”

In fact, it’s the reason I’m prayerfully writing to you now . . . 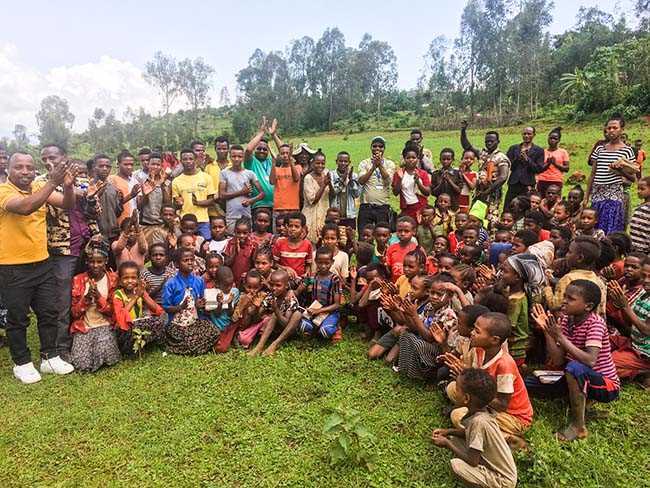 As God continues to open doors for our Outreaches in Africa in the weeks ahead, we must be prepared to walk through them.

The impact for the Kingdom in these areas among the Jewish people, and their neighbors, in Ethiopia and Zimbabwe is nothing short of miraculous. People are touched by the healing power of God. And hearts are softened and opened to
the glorious truth that Jesus is their Messiah.

And after a year of so much isolation and distancing, the needs among the Jewish people in Africa — including those who are members of the “Lost Tribes of Israel” — are greater than ever. But I believe as their physical needs have increased, their hearts are more open than ever before to hear the Gospel.

That’s why I’m praying that you’ll give a generous year-end, tax-deductible gift today to help provide medical and eye care, dental help and more in our Outreaches in Ethiopia and Zimbabwe.

But more important, you’ll help share the message of salvation and redemption — and the miracle of God’s Word that became flesh and dwelt among us in Jesus.

Here is just one example of how God will use your prayerful support . . .

Greatful had been unable to walk for over a week. Years of back-breaking work in the fields had taken a toll on this precious woman. In fact, she came to our Outreach in Zimbabwe in a wheelbarrow. The pain was too significant for her to
take a single step.

Our volunteer doctors examined her, but there was nothing medically they could do for her, no medicine they could provide to get her back on her feet.

But what medicine can’t accomplish . . . God can!

Greatful was wheeled into our Prayer Tent, and our team prayed for her.

Not only did Greatful WALK out of the Prayer Tent, she walked directly to our immersion station to publicly demonstrate her faith in Jesus by being immersed in water!

This is why your support by December 31 is so critical! God will use your generosity to transform the lives of more people like Greatful.

Thank you in advance for your generous support.

Good News - Quarter 1, 2022
Israeli Prime Minister makes bold statements against Iran
Prayer Points: You can make a difference by praying for our 2022 Outreaches
Outreach Recap - December 2021
Anti-Semitism is Too Alive