Anti-Semitism is Too Alive 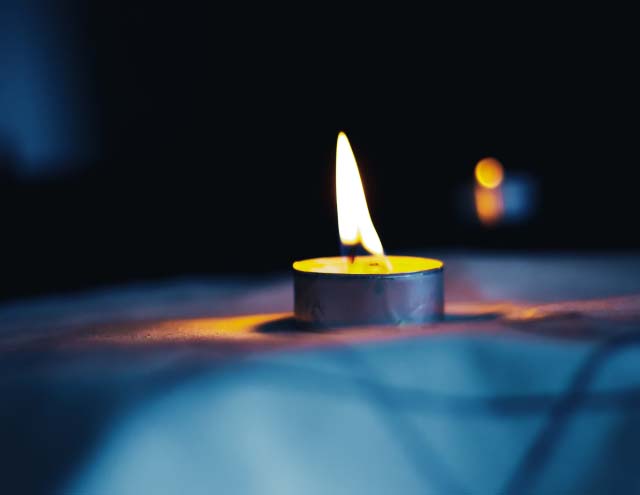 The swastika – it’s the most recognizable symbol of the Holocaust and present-day hatred of Jewish people. Those who use it today send the message that they agree with Adolf Hitler’s abominable hatred and beliefs. It’s a symbol that gives hearty approval to Nazi Germany’s treatment of the Jewish people as less than human, stripping them of their property, dignity, fundamental human rights and life itself.

The United Nations designated January 27 as International Holocaust Remembrance Day. It marks the anniversary of when prisoners in the Auschwitz-Birkenau concentration camp were liberated in 1945. Auschwitz was the largest extermination center operated by Hitler’s Third Reich. More than 1.1 million people, including children, lost their lives there.

Anti-Semitism didn’t end with World War II. It’s disturbing to realize that such hatred still exists today, but it does. The evidence is clear: anti-Semitism is all too alive today.

According to the Anti-Defamation League (ADL), there are hundreds of “hate groups” in the United States, many of which are anti-Semitic, Holocaust-denying and white supremacist.

The ADL keeps a list of reported anti-Semitic incidents. Out of 48 U.S. incident reports in December 2021 alone, 31 involved swastikas. Of those, 25 were about swastika vandalism on synagogues, public buildings and statues, private homes, parked cars, and city sidewalks.

Sadly, many on December’s list of anti-Semitic incidents took place on high school campuses. Among them were two groups of students, one in Nevada and one in Virginia, who gave the Nazi salute to swastikas. In California, several students took a picture of themselves with swastikas drawn on their bodies.

Swastikas were scrawled on high school bathroom stalls in five states, including three different cases in New Jersey, one of which included the words “Hitler was right.” Imagine being a 15-year-old Jewish student walking into a campus restroom and seeing proof that someone in your school believes you’re not worthy of life.

In Florida, Pennsylvania and Michigan, people displayed flags with swastikas on them – on their truck, front porch, or by raising it on a public flagpole and then attempting to disable the mechanism to take it down.

This was just in December 2021. And only the occurrences involving swastikas. Other incidents (below) are even more alarming.

In New York, two men physically assaulted a Jewish man wearing an Israeli military sweatshirt, calling him a “dirty Jew.” In Los Angeles, an anti-Semitic letter and a vial containing an unknown substance were found at a synagogue.

What Can We Do? Remember and Pray

We must never underestimate how far hatred can go when it is left unchecked. Keeping the memory of the Holocaust alive is an integral part of combatting anti-Semitism. On January 27, please remember the 6 million Jewish people and millions more who died because one regime deemed them unworthy of life.

On this International Holocaust Remembrance Day, pray for God to bring an end to anti-Semitism. Pray for the victims and those whose irrational hate promotes and perpetuates the inhumanity of anti-Semitism.

Good News - Quarter 1, 2022
Israeli Prime Minister makes bold statements against Iran
Prayer Points: You can make a difference by praying for our 2022 Outreaches
Outreach Recap - December 2021
Anti-Semitism is Too Alive